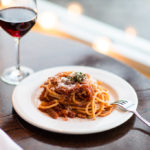 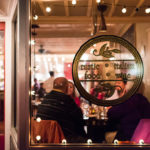 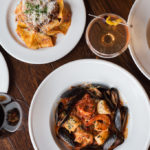 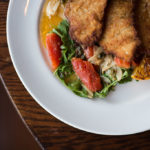 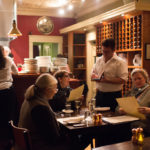 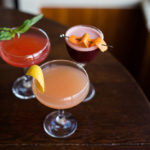 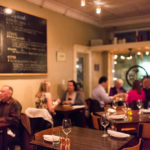 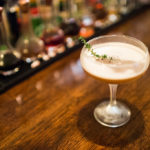 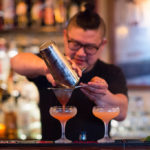 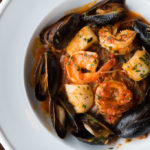 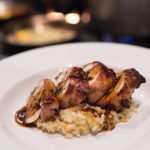 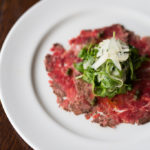 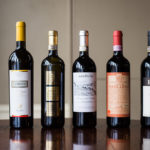 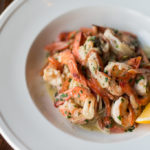 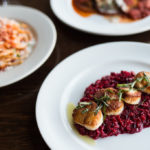 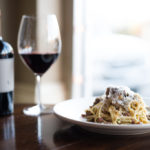 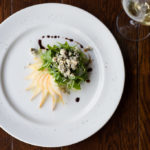 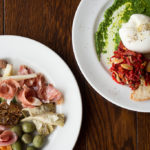 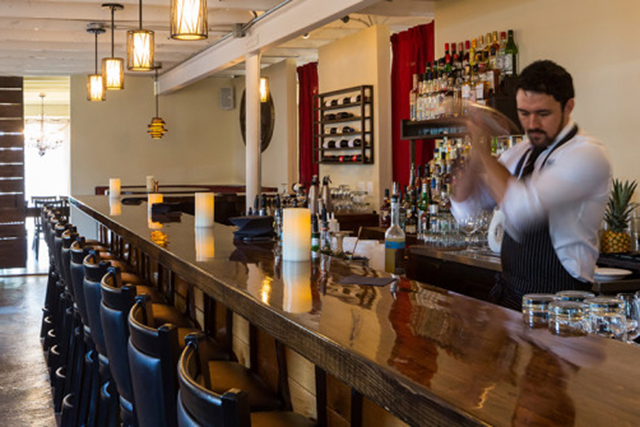 •We deliver to CROZET (the Summit lease office at Old Trail) and GLENMORE (Fire House) on alternating Thursdays.

In addition to takeout, neighborhood drops, and our wine-club delivery, we have a private events room for parties up to 15 people.

We also offer a catering menu that can be delivered to your door. Platters of our classic menu items, plus cocktails and wine pairings available. Email tavolaprivateevents@gmail.com for more information.

Curbside pickup is available 5pm-9pm Tuesday-Saturday. When you order online you may select your pickup time or preorder for a later date.

All parties are by reservation only with tables available between 5:00-9:00pm Tuesday-Saturday

We are located in downtown Belmont, where street parking is available.

In balance: Waiting for dinner at Tavola just got easier

We’ve got good news for those of you who love everything about Tavola except for the fact that you almost inevitably have to wait for a table. No, they still aren’t accepting reservations at the Belmont hot spot, which means the chances of strolling in for dinner on a weekend and getting seated right away is slim. But now, instead of loitering outside or meandering across the street until your name is called, you can park yourself at the new cicchetti bar and enjoy a plate of chevre stuffed piquillos and a Manhattan with peach tea-infused contratto bianco while you wait.

A project that co-owners Michael and Tami Keaveny (C-VILLE’s arts editor) undertook once the space behind the small restaurant became available last year, the cicchetti bar made a quiet debut over Memorial Day weekend. The dinner menu isn’t available back there, but a selection of Italian-inspired small plates is, plus a fully-stocked bar with an extensive cocktail list managed by a familiar local face. The original idea was to give guests a place to sit and have a drink while they wait for a table, Michael Keaveny said, but the bar, with its carefully and meticulously crafted original cocktails, seems to have legs of its own already.

“Michael and I have the same philosophy and viewpoint when it comes to food and drink,” said bar manager Christian Johnston, whose tenure on the local food and drink scene has included Zinc, Blue Light and Alley Light. “It’s all about balance, and a dish or drink is only as good as its worst ingredient.”

That philosophy is why Johnston, whom Keaveny hired because of his experience as both a chef and a bartender, makes nearly everything himself, from the soaked cherries to the infused spirits. What he doesn’t make himself he sources locally when he can, like pink peppercorns from the Spice Diva and Alley Light bar manager Micah LeMon’s homemade ginger beer.

Designing and creating the perfect cocktail isn’t that different from being in the kitchen, Johnston said, and he’s come a long way since churning out blue motorcycles and Long Island iced teas by the bucketful when he bartended on the Corner nearly a decade ago. Tavola’s new drink menu features three sections: Italian-inspired classics like the gin and tonic with muddled fruit and cocchi americano; house cocktails, including the velvet bullet with bold, fragrant hibiscus-infused lillet rose and grapefruit with gin and an absinthe rinse; and a selection of rotating seasonal options, like the prickly pete, a tequila concoction with cactus, apricot marmalade and grapefruit bitters.

And if nothing on the list of a dozen cocktails strikes your fancy, request a dealer’s choice and let Johnston create something for you. The ability to interact with and understand people is a crucial element when it comes to making the perfect drink, Johnston said, and it’s in no small part what he’s trying to accomplish behind the bar at Tavola.

“You can learn a little about a person and put a drink together for them,” he said. “It’s all about the experience, and a good bartender is supposed to make people feel at home.”

Johnston and Keaveny agree on a lot of things when it comes to preparing and serving a complete meal, but first and foremost at Tavola, they both said, is harmony of ingredients.

“Balance is very important to me, and it’s one of the reasons we don’t want to do substitutions,” Keaveny said. “We won’t do a dish without capers or without chilis, because all the ingredients are in balance, and if you throw that balance off, the dish suffers.”

As for the new cicchetti dishes, Keaveny’s goal is to present something that will pair with a cocktail and prepare the palate for a full meal, but won’t overshadow the main event. You can’t order an entrée while sitting at the bar, for the sake of both the quality of the entrées served and the sanity of the guys in the kitchen. But Keaveny and the rest of his kitchen team are constantly discussing new ingredients, new ideas and new dishes, and the chalkboard next to the bar features an ever-rotating list of small plates.

Last week’s cicchetti menu included recently released Twenty Paces sheep ricotta on lightly toasted bread drizzled with honey, JM Stock’s pate di campania, and paprika shrimp served with crostini. The burrata, a Tavola favorite featuring fresh, creamy mozzarella cheese flown in from Italy each week served with arugula pesto and sundried tomatoes, is one of the few antipasti items from the full menu to make its way onto the cicchetti menu. Keaveny said to expect the occasional overlap, but for the most part, the dishes served in the back will be based on what’s fresh and local and what the kitchen team has come up with.

“I envisioned a place for customers who are waiting for a table to be able to go comfortably and enjoy a cocktail or a glass of wine while waiting,” Keaveny said. “I didn’t really envision the bar having its own clientele, but I think Christian is already developing a following.”

And with drinks like the bittersweet symphony, with yellow chartreuse and aperol, plus dishes like the snapper crudo, it may only be a matter of time before the Keavenys have to consider creating a waiting room for the waiting room.